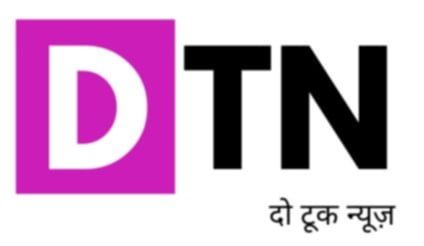 Home Entertainment Bolly Buzz: Jeremy Renner shoots with Anil Kapoor; ED books Raj Kundra...
Facebook
Twitter
Pinterest
WhatsApp
Linkedin
Telegram
Advertisement
From all the hottest looks of our B-town divas Deepika Padukone, Aishwarya Rai Bachchan and others rocking on the Cannes red carpet to the law catching up with Raj Kundra and Kangana Ranaut sharing some words of wisdom on the Gyanvapi mosque row, here’s what made headlines today!

Bollywood divas have turned the French Riviera into their runway with their gorgeous and glamorous outfits of the day. Seemingly bored of their traditional wardrobe, the girls are bringing their fashion A-game to the red carpet in stunning numbers ranging from sexy sheer outfits to some dramatic ball gowns. Rest assured, everyone from Aishwarya to Tamannaah Bhatia, Pooja Hegde and Hina Khan, all seem to be having their Cinderella moment.

We had Priyanka Chopra revealing why she signed on for ‘Jee Le Zara’ with Alia Bhatt and Katrina Kaif. Calling the two “the top actresses in the country,” PC shared that the three of them wanted to do a movie together and partner together to produce it. Spilling secrets from sets, she also claimed that ‘casting was very dependent on the lead actor’ and shared that actresses were often pitted against each other.

Speaking about battles, we saw an ‘Avenger’ take flight in Rajasthan. Actor Jeremy Renner, best known for his role as Hawkeye in the Marvel Cinematic Universe, braved the heatwave to shoot for an unscripted project with Anil Kapoor. It was not all work and no play for the hunk, who kept himself entertained by playing cricket, posing for selfies and even talking to chipkalis.

The law has caught up with Raj Kundra once again, it seems. Reports on Thursday stated that the ED has registered a money laundering case against the businessman along with others, and will soon summon them for questioning. The ED is probing the financial transactions of Kundra and the other accused, including those based overseas. ED sources said the case was registered last week after examining the collected details and will start summoning the accused for questioning in the next few days.

Kangana Ranaut’s statements have got her in the headlines again, this time the actress shared her thoughts on the Gyanvapi Mosque case. When asked for her reaction, Kangana surprised everyone when she said, “there’s Lord Shiva in every particle of Kashi. He doesn’t need a structure, he resides in every particle.” Wonder if this has anything to do with the #BoycottDhaakad taking over the top trends on social media.