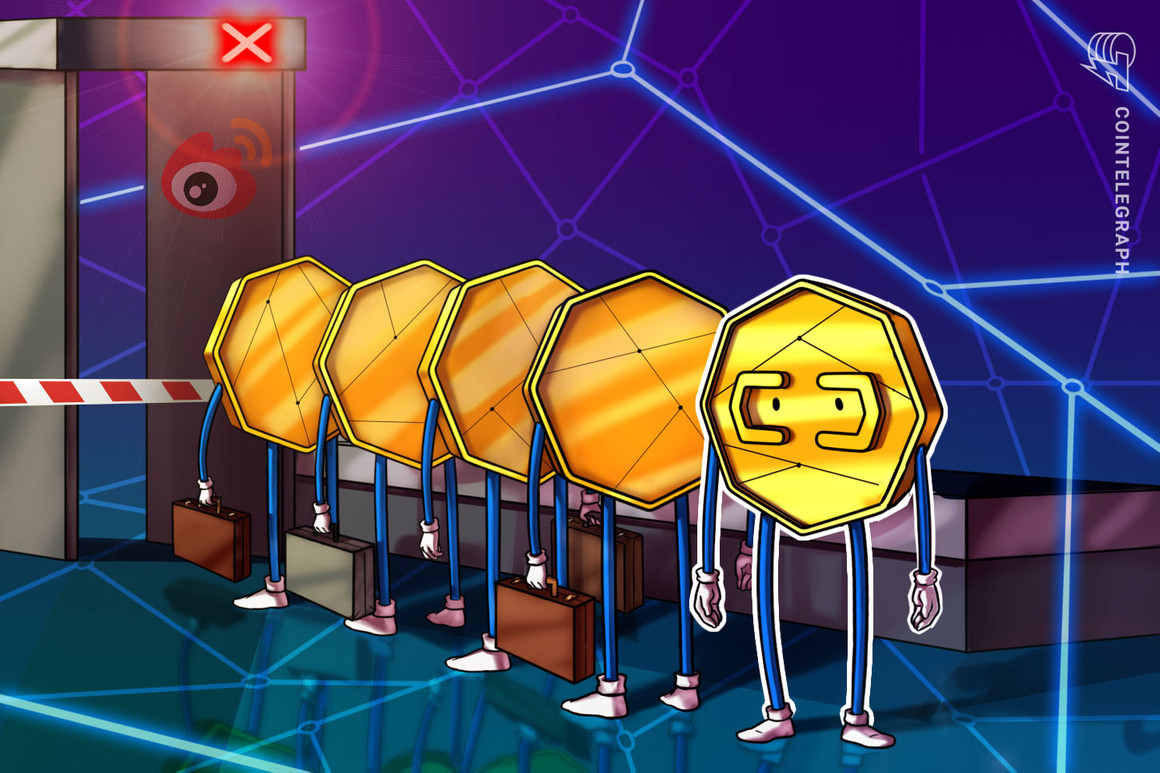 According to local reports, at least a dozen crypto influencers on Weibo have been unable to use their accounts on Saturday night. Weibo greeted other users who visited suspended accounts with a message saying the banned accounts have violated Weibo guidelines and “relevant laws and regulations.”

The academic was alluding to Elon Musk’s controversial influence over cryptocurrency markets on social media.

Ma also expects China’s supreme court to publish a judicial interpretation soon that may link crypto mining and trading businesses with China’s body of criminal law, according to reports.

The government’s negative stance on crypto has echoed across all parts of the industry in China. After Beijing authorities started investigating crypto mining data centers’ energy consumption in April, Bitcoin mining became a risky operation in the country. Major miners have since announced that they will end their operations in the country.

Cointelegraph reached out to Weibo for comment and will update this article should they respond.