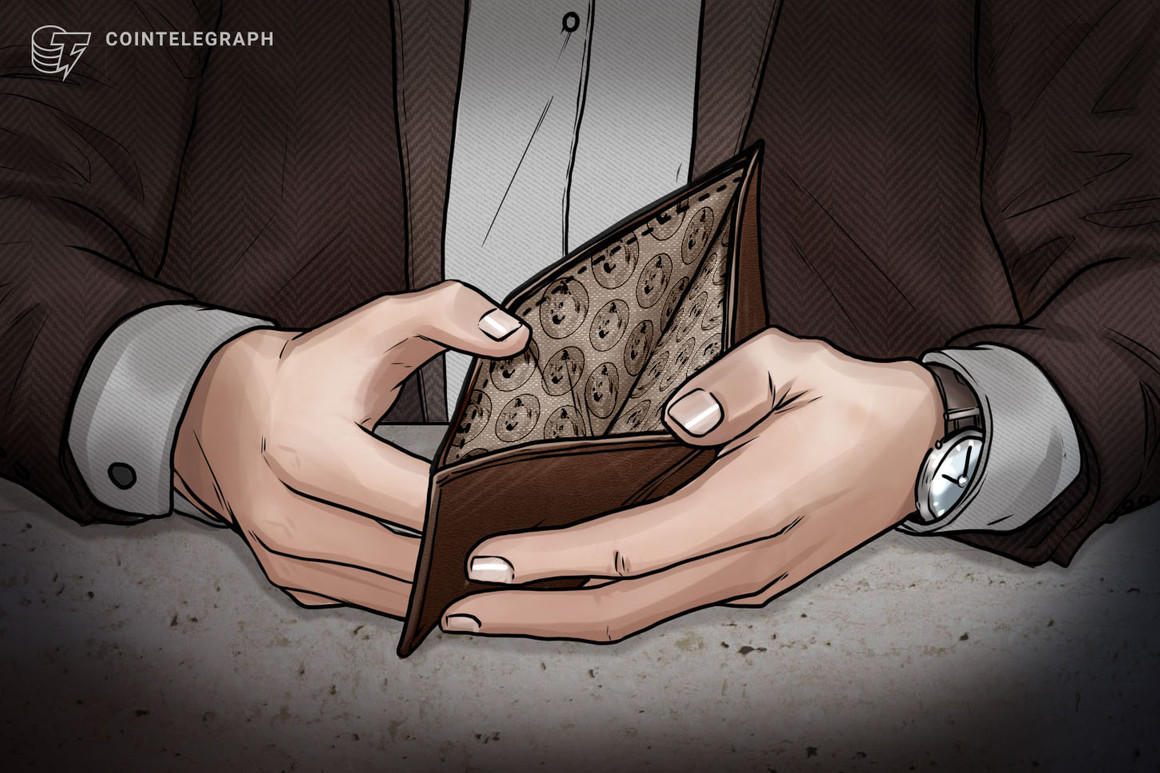 United Kingdom-based fund manager Ruffer liquidated its $600M Bitcoin bet after growing nervous about the speculative frenzy in the cryptocurrency market, including huge rallies in meme-based tokens like Dogecoin (DOGE).

The fund, which manages roughly $34 billion for wealthy clients and charities, started selling its cryptocurrency stash in December 2020, when the BTC/USD exchange rate rose towards $25,000, the Sunday Times reported.

It continued selling as the pair established newer highs in January 2021, breaking past the $40,000-level. Ruffer winded up its remaining Bitcoin position by April, netting $1.1 billion in profits from the sales, or a 83% return for the fund.

Ruffer’s sequential Bitcoin dumps appeared in moments that saw analysts predicting greater valuations for the flagship cryptocurrency. For instance, JPMorgan said in a report published January that BTC/USD could rise to $146,000 as it competes with gold to become the world’s leading inflationary hedge.

Guggenheim Partners’ Chief Investment Officer Scott Minerd also called for a $400,000-$600,000 Bitcoin, believing that the cryptocurrency would be able to mousetrap gold’s market in the long run.

Ruffer clarified that it would consider repurchasing Bitcoin as an insurance against inflation, with its investment director Duncan MacInnes telling the Financial Times that they would be assessing the markets “from the sidelines than from in the trenches.”

But for now, MacInnes agreed, Bitcoin is too hot to hold especially when Dogecoin, a joke-based cryptocurrency, is valued at $40 billion. He said:

“It’s hard to say the froth has come out.”

Dogecoin, a satirical homage to Bitcoin, underwent a wild upside rally in 2021 as it rose 15,337% year-to-date at one point in time.

Supportive tweets from Tesla CEO Elon Musk emerged as some of the leading catalysts behind the Dogecoin price rally, including reshared July 2020 meme showing the cryptocurrency storming the global financial system.

But the retail frenzy started dying in May after Musk called Dogecoin a “hustle” on a Saturday Night Live episode. The billionaire entrepreneur’s U-turn on the token caused panic selling across the cryptocurrency market, hinting that loss-making traders attempted to cash out gains from still-profitable cryptocurrencies like Bitcoin.

Dogecoin fell 30% instantly after Musk’s statement. As of June 9, the cryptocurrency was trading more than 50% lower than its all-time high of $0.76.

“You could see very clearly that there was a rise in speculative behavior,” said MacInnes while pointing at Bitcoin’s own rise from $30,000 to almost $65,000 amid the Dogecoin retail frenzy. Nevertheless, he added that at least the benchmark cryptocurrency’s boom had some rationality behind it.

Bitcoin “on the menu”

Lower-yielding bonds and devaluated fiat currencies left investors without a better traditional safe-haven asset. As a result, their traditional 60/40 portfolio strategy returned nothing, which led them to “new safe-haven, uncorrelated assets” like Bitcoin.

Ruffer has shifted its funds to Bitcoin-rivaling anti-inflation assets, including gold, inflation-protected bonds and commodity stocks. The firm asserted that it would keep the cryptocurrency “on the menu” for future.