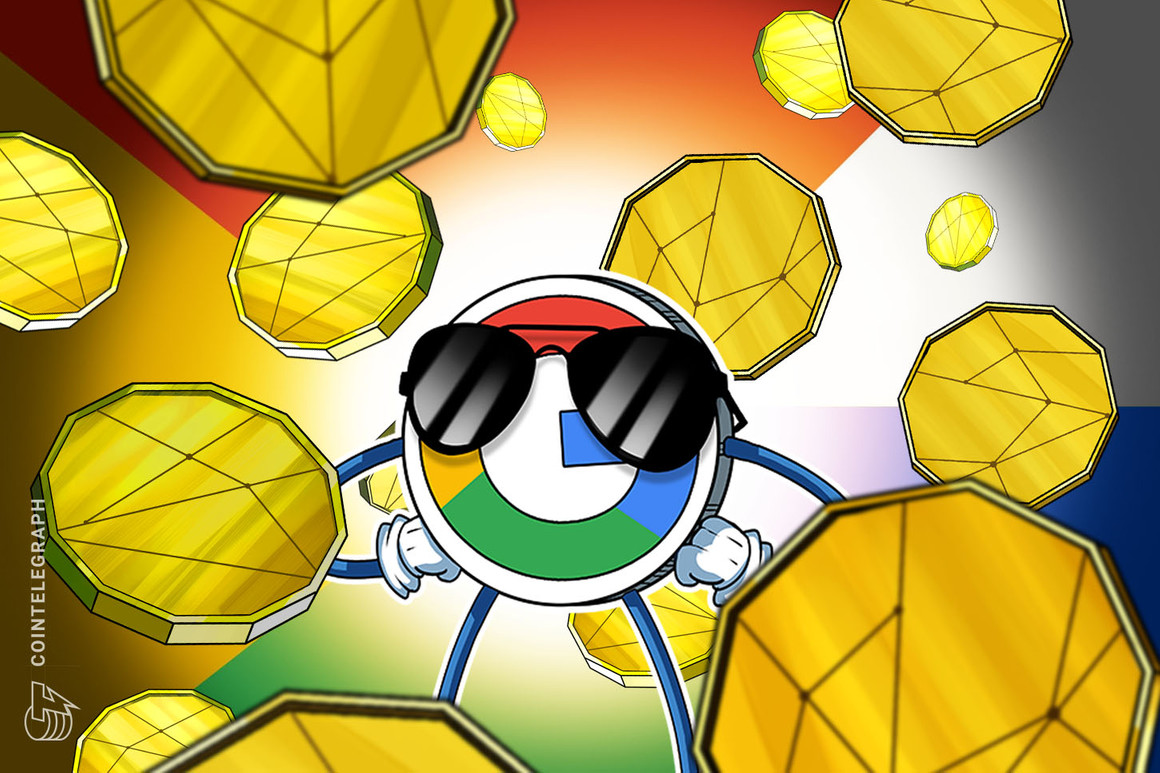 The term “unpredictable” has almost become synonymous with the crypto industry at this point, as was on full display recently when technology juggernaut Google decided to un-ban digital asset exchanges from using its advertisement services after a lengthy period of almost three years.

In this regard, a policy update blog released by the firm stated that come Aug. 3, it will once again allow crypto exchange and wallet operators to advertise “those products and services that are certified by Google.”

In terms of the requirements that exchanges looking to advertise on the platform need to satisfy, Google requires applicants either to be registered with the Financial Crimes Enforcement Network, of FinCEN, as a money services business (with at least one state as a money transmitter) or with a “federal or state-chartered bank entity.”

Though on paper, this may not seem to be much, the update can potentially allow prominent digital financial institutions — that seek to enable movement between physical and digital assets — to make use of Google’s reach once again, thus enabling their products to gain exposure to an entirely new investor base.

That being said, there are still certain restrictions that are firmly in place. For example, according to the upcoming policy update, a major chunk of today’s up-and-coming decentralized finance projects will be unable to avail the company’s services. “Ads for initial coin offerings, DeFi trading protocols or otherwise promoting the purchase, sale or trade of cryptocurrencies or related products” continue to be prohibited, the notice reads.

Google’s tumultuous past with crypto ads

Anyone who has been remotely following crypto over the last few years knows that Google has continued to confound the world with its strange policies surrounding the digital asset market, with some even claiming them to be “biased and unfair.”

For example, all through 2018, the search engine giant kept changing its stance on banning exchange-related ads, with the company even blacklisting certain terms — including Ethereum, the second-largest cryptocurrency in the market today — thus effectively curtailing the growth of the sector.

But as the new ad structure comes into effect in just over a month’s time, United States-based crypto aficionados are set to be bombarded with a barrage of ads related to some of the biggest players in the market today, such as Binance US, FTX and many more.

To highlight just how big some of these trading platforms have become, just a few months ago, FTX announced that it had acquired the naming rights to the Miami Heat’s home court, which is all set to be rebranded as the FTX Arena until the year 2040.

Will the move have any serious implications?

Ilija Rolovic, chief marketing officer of Enjin — a blockchain ecosystem — is of the opinion that by accepting certain crypto-related ads, Google will help further spur the growth of the space. “Now is the right time for Google to open the doors to these kinds of innovations because they will be a core piece of the digital marketing stack of the future,” he added

On the matter, Jack Tao, CEO of cryptocurrency exchange Phemex, opined that the move seems to be in line with the broader trend of growing institutional adoption and acceptance of mainstream crypto offerings, adding:

“Over the past year, we’ve seen numerous examples of leading financial companies doing a complete 180 in their opinion of BTC, payment processors and businesses accepting the digital currency. […] Given this field’s genuine potential, all significant players realize that they must either begin to adapt now or be left behind.”

As pointed out previously, at the moment, only FinCEN, or state-registered exchanges, can advertise their services on Google’s Ad network. However, the decision in and of itself seems to be a real testament as to how far the industry has come over the last three years, as the latter half of 2017 and the entirety of 2018 seemed to be rife with ICO scams and other nefarious activities.

Providing her view on the matter, Marie Tatibouet, chief marketing officer of cryptocurrency exchange Gate.io, told Cointelegraph that the markets have evolved to an entirely new dimension over the course of the previous 36-odd months, adding:

“From scammy ICOs, we have moved onto the multi-billion-[dollar] DeFi market. Bitcoin and cryptos have been embraced by the mainstream, with institutions buying up hoards of Bitcoins and NFTs redefining digital ownership. The folks at Google are smart, and they knew that it was time they got back into the game again.”

While there is no doubt that the increased visibility will give a little boost to the crypto sector, Tatibouet does not believe the development will be a “game-changer,” at least in terms of increased adoption. “Let’s face it, cryptocurrencies are already mainstream. There are millions of tweets and Reddit posts every day about the subject. Celebrities are constantly advertising their NFTs,” she emphasized.

The DeFi sector is still neglected

As per Google’s latest policy revision, any advertisements pertaining to “DeFi trading protocols” are still prohibited, which seems to pose an interesting question as to why the company is still neglecting such a growing market — one that currently has a whopping total locked value (TVL) of around $77 billion.

Anton Bukov, co-founder of DeFi platform 1inch Network, told Cointelegraph that big-name players like Google are slowly but surely beginning to realize that the current decentralized finance boom is being driven by real projects that are backed by technologies whose scope extends far beyond the limitations of even their associated projects. He added:

“Many serious players of the DeFi industry are looking for additional opportunities to promote themselves and expand their user base. That’s why they will be extremely interested in cooperation with leading platforms like FAANG (Facebook, Amazon, Apple, Netflix and Alphabet).”

The fact that Google ads are constantly seen by hundreds of millions of users who previously might not have had any contact with the cryptocurrency market at all is extremely striking, especially when one considers that DeFi is still growing, by and large, without the support of any mainstream advertising, but rather the old-fashioned word-of-mouth route.

Related: Sights set on mainstream adoption: Is another DeFi summer on the way?

Therefore, it will be interesting to see whether Google goes a step further in the near future and updates its policy terms to include DeFi platforms to its list of entities allowed to advertise on its platform, which currently boasts an active user base of more than 265 million individuals who are spread out across the planet.