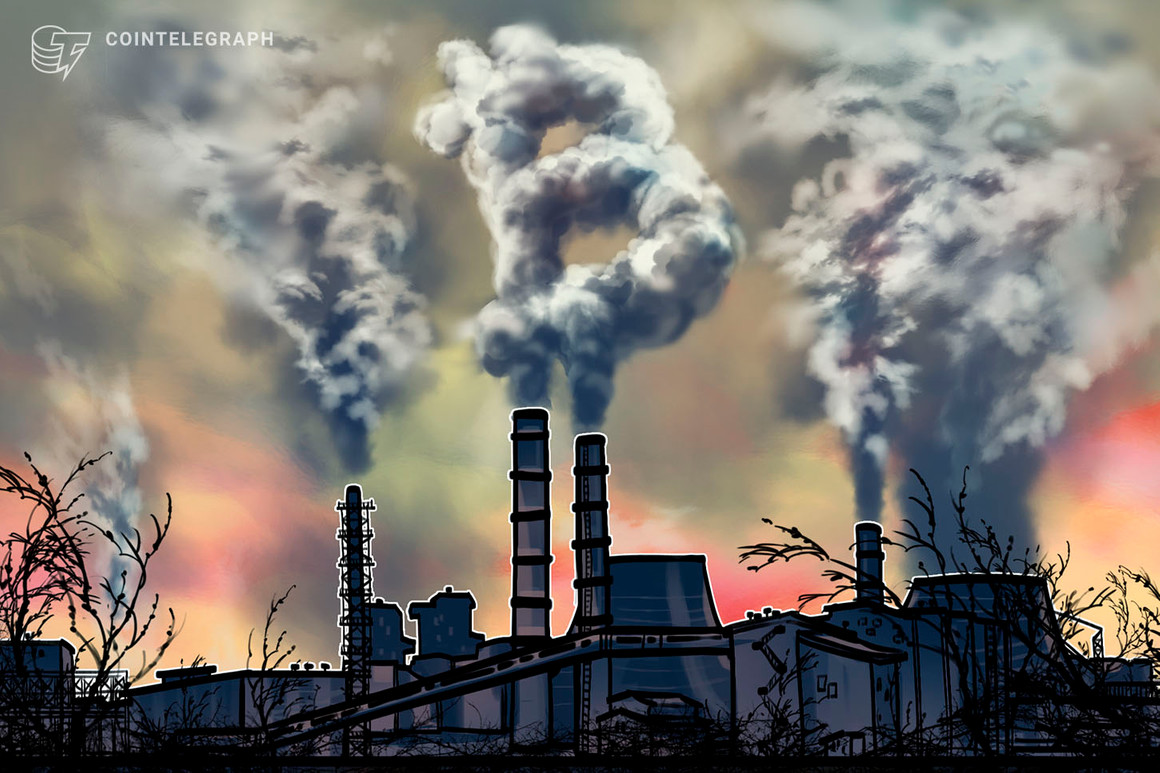 Institutional investors have been showing a stronger appetite for a carbon-neutral Bitcoin (BTC) investment solution by One River Digital Asset Management.

One River Digital, a crypto-focused hedge fund offering exposure to Bitcoin and Ether (ETH), announced Wednesday that an “overwhelming majority of assets” in its institutional Bitcoin fund have chosen to switch to One River’s new carbon-neutrality share class.

In April, the company introduced a new system that calculates the carbon cost of Bitcoin mining and buys tokenized carbon credits in order to offset the environmental impact. Based on the estimated carbon emitted per one BTC and the market price of the offset required to neutralize that emission, the carbon cost of mining one BTC is equivalent to $55 per year, or 0.15% of the cost of one BTC. One River buys these tokenized carbon credits, validating them on a blockchain.

One River Digital president Sebastian Bea said that the growing number of institutional clients moving into One River’s carbon-neutral BTC investing could be a signal of a wider investment trend.

“We believe it is reflective of a broader shift in investor preferences, as transparency mounts across institutional portfolios. We look forward to further opportunities as the digital asset ecosystem seeks a 100% carbon-neutral future,” he said.

One River Digital did not immediately respond to Cointelegraph’s request for comment.

The latest news comes shortly after One River Digital filed for a carbon-neutral Bitcoin exchange-traded fund in late May. The carbon-neutral BTC ETF is designed to reflect the performance of Bitcoin on a “carbon-neutral basis” that is to offset the carbon footprint by purchasing and retiring carbon credits to cover emissions associated with Bitcoin in the trust.

One River’s carbon-neutral BTC investment tools come amid growing debate over the carbon impact of Bitcoin mining, with Tesla suspending BTC payments for its cars due to associated environmental concerns costs month. Major Bitcoin proponents like MicroStrategy CEO Michael Saylor believe that Bitcoin mining is the highest value use of renewable energy as well as the highest use of wasted or stranded energy. According to Blockcap data, Bitcoin was using less than 0.1% of human energy production worldwide as of May 2021.